SUMMIT, Ky. – Brock Walter, Boyd County’s ultimate defender in 1982, had his hands full with the assignment against the 1995 Lions.

Say hello to Frank Lee, one of the Lions’ all-time great offensive players.

It was a dream matchup of offense vs. defense.

Walter was up for the task, said he even looked forward to it. Careful what you wish for, it might come true – at least in simulation.

Like most Boyd County teams during the Jeep Clark and Roger Zornes eras, it was defense and rebounding that made them both tough to beat. That was certainly true with in 82 and 95, who were both 16th Region champions. 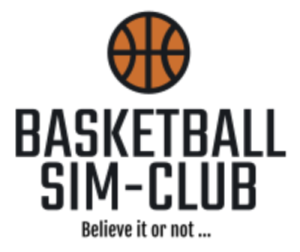 Lee was an explosive offensive player and so was his backcourt mate Casey Sparks, who was a do-it-all point guard. Chad Stevens was another pure shooter that year for the Lions.

So how did the measure up against the likes of 6-6 Joey Wells and 6-6 Mark Vanhoose inside? Those twin towers were difficult for anybody to match up against under the basket.

Both the 82 and 95 Lions repeated their feat of winning the regional title the year prior.

“It was always nice to look out on the court and have Joey and Mark in the lane for two years,” Clark said. “It gave me some comfort that everything was going to be OK. And I always felt kind of sorry for anybody who Brock was guarding. He could make life miserable for you.”

Lee and Sparks had a way of making opponents miserable too. They could both shoot and rebound, drive to the basket or drill the 3-pointer.

“Man, I loved having those two guys in the backcourt,” Zornes said. “But just like Jeep’s team, it all started with defense.”

The first quarter was more of a feeling out time for both of them and the 82 Lions led 16-14. But in the second quarter, Walter picked up his second foul – a charging call that the normally mild-mannered Clark greatly objected to with the officials – and that opened the gate for Lee in the last four minutes of the first half.

He went so far as to even getting a technical foul, something that seldom happen.

Finding some breathing room for the first time, Lee scored 10 of his 12 first-half points with Walter – and Clark – seething on the bench.

“We had a good first half but Wells and Vanhoose were starting to wear us down a little,” Zornes said. “I wasn’t sure how we were going to stop them.”

Wells, who also picked up two early fouls, had scored only two points in the first half but his fortunes were about to change. The 95 Lions had no answer for him in the third quarter and even more trouble in the fourth quarter.

The 95 Lions held onto the lead until Jeff Sisler drilled a 15-footer for a 49-48 lead with two minutes left in the third quarter. Wells was fouled on a dunk and he completed a three-point play with only seconds remining in the third quarter to build a 53-50 lead.

“Joey came to life and I knew he would,” Clark said. “Brock did a great job of locking down Frank and he found Joey and Mark inside time after time.”

Wells, who finished with 19 points and 11 rebounds, scored 11 in the fourth quarter alone. Vanhoose had 13 points with most of that coming on the foul line, making 10 of 12.

“We had to keep fouling him to keep him from getting baskets but he kept making free throws,” Zornes said. “Give him credit.”

The 95 Lions fought back and took a 54-53 lead when Jerome Salyers scored on an offensive rebound, muscling his way between Wells and Vanhoose.

But then it was Wells who ignited a 9-2 run with seven points for a 62-56 advantage with only four minutes remaining. The 82 Lions finished it off with steady play down the stretch to record a hard-fought 71-66 victory.

“I wish Phil (Pratt) and me had never shown Joey and Mark some of our secrets,” Zornes said with a smile. “Joey is a good one. He’s a horse in there and we couldn’t match up with him.”

Lee scored 19 but only seven in the second half against Walter, who played his typical bulldog style. He tipped passes away on several occasions and stayed tight with Lee, who was several inches taller.

“I like a good challenge,” Walter said. “Frank is so strong, definitely one of the better players I ever had to defend. The charge call was unfortunate and I kind of lost my head a little there. Of course, so did Coach Clark so guess it was OK.”

“Man, Brock is a killer on defense,” Lee said. “I never had anybody play defense like that guy. Every one of my shots were contested and most of the time he just kept it away from me. Everybody always talked about him. Now I know why.”

“Great balance on offense and that’s what we did, how we won,” Clark said.

The 82 Lions held a 29-23 rebounding advantage in the physically played game.

1995 Boyd County went 23-9 and captured the regional title, beating rival Ashland for the third time in four games. The Lions lost to University Heights in the Sweet Sixteen, 64-60.